The Future is Now!

Three times entrepreneur engaged in promoting entrepreneurship and supporting female entrepreneurs in Morocco. FAL accompanied the creation and development of several companies as an international consultant and a journalist supporting the African media in Europe.

One of the founders of the female entrepreneurship Association in the north of Morocco, she helped create and operate several entrepreneurial development programs in Morocco and abroad. She has also been advisor to several Governments, Chambers of Commerce in Morocco and abroad and Director of the ESC-Tétouan the institute on the Chamber of Commerce.

Kaoutar FAL is most well known for the role of “the President of the International Organization of African Media” in Brussels, the Australian-Arab chamber representative in North Africa and the Ambassador of the International Observatory of Media and Parallel Diplomacy. Kaoutar strives to empower the position of the African woman in several sectors.

She is also known as an active journalist, she interviewed many Presidents and Chiefs of Governments, she also addressed fundamental topics and contributed to the investigation of critical issues; and she published reports, which attracted significant attention.
These reports were mainly published in European magazines such as “Yambola”, and “Le Relais”. She was promoted the role of General Director of “le Relais Magazine-Brussels”.
In 2014, Kaoutar founded and directed FAL’s Consulting®, a Consultancy Firm, combining strategic expertise and skills to assist international institutions with building up their businesses. These were mainly the Chambers of Commerce, investors and companies aiming to save time and money to achieve the excellent results throughout their startup in the Moroccan and African Market.

Fal’s Consultancy Firm managed many successful projects, and organized international events and conferences: for example it launched the Australian group Studyco in Morocco , the organization of the interfaith conference at the European Parliament in March 2017, and last but not least the first forum of the Australian universities in Morocco. 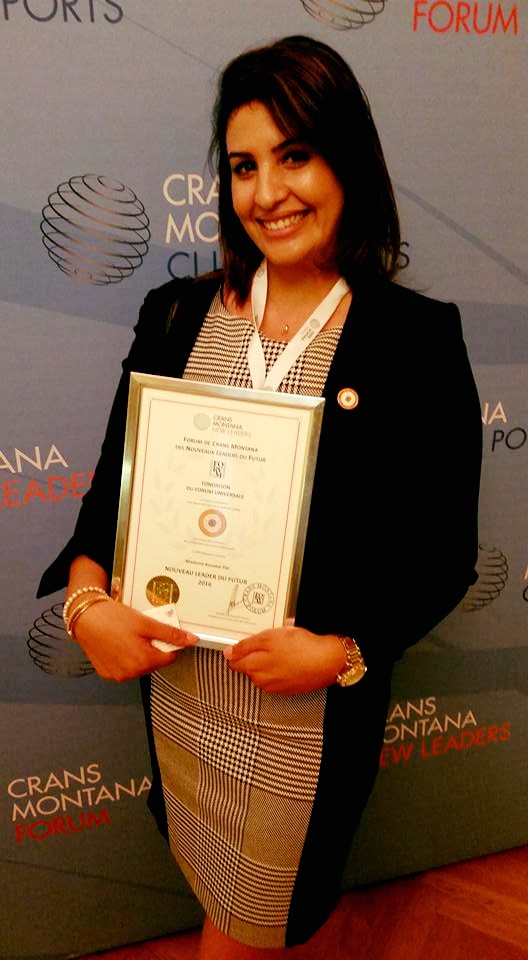 Privileged to represent Morocco in such tremendous forum as Crans Montana in Vienna – Austria, I dedicate this nomination as new leader of the future to every woman fighting for their pride and rights, a special thought goes to the Syrian woman in the refugees camps 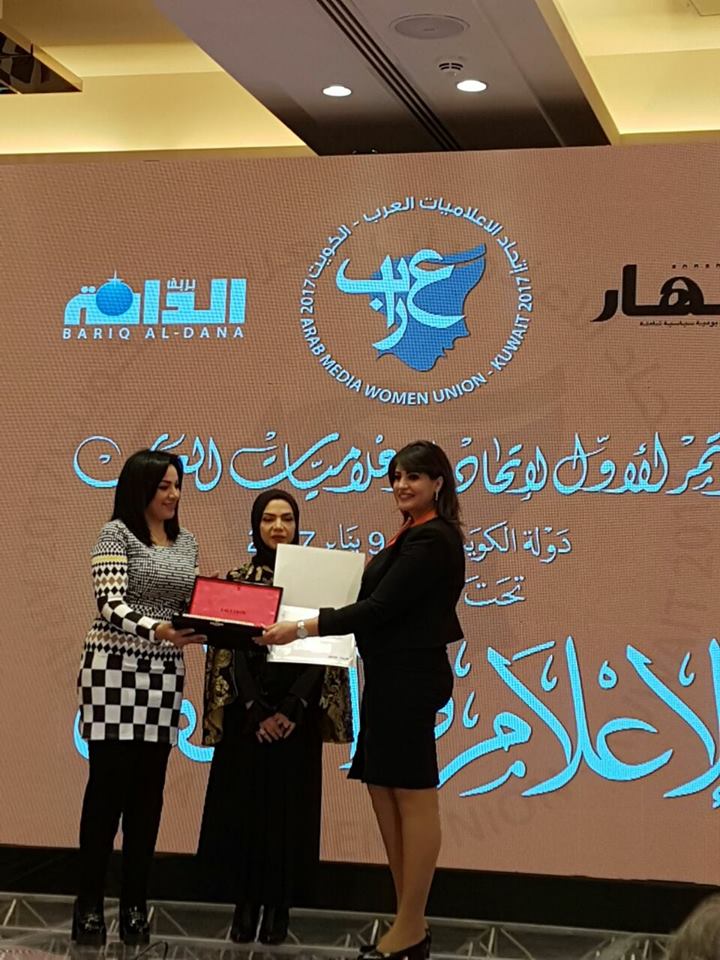 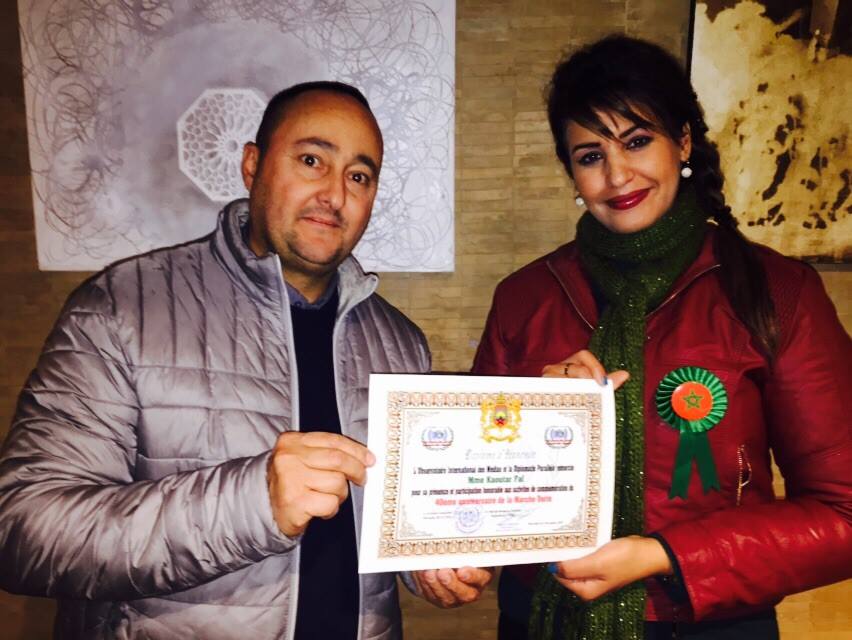 Awarded from the capital of Europe by the IOMPD, a distinguished award from the international observatory of media and parallel diplomacy with the participation of brilliant diplomats from the european parliament.